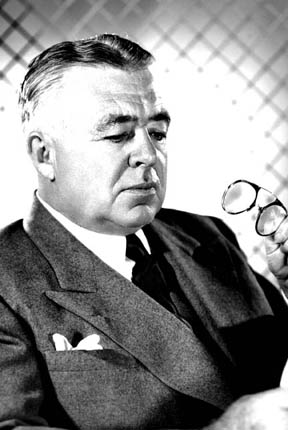 Clarence Brown, an alumnus and patron of the University of Tennessee, Knoxville, is a major figure in the history of the American cinema. In histories and memoirs he is always listed among the “superb” and “outstanding” directors. Because of his personal modesty and unwillingness to allow commercial exploitation of his career, however, the wide range of his contribution to motion picture art has never been fully explored in print. As a result, he is sometimes classified as a “subject for further research” (Andrew Sarris, The American Cinema or even as “an ‘unknown’ director” (Films Incorporated, Rediscovering the American Cinema).

Clarence Brown was nominated for the Academy Award for Best Director six times during the 1930s. He worked with some of the brightest stars of the golden age of Hollywood, including Clark Gable, Rudolph Valentino, Katharine Hepburn, Elizabeth Taylor and Jimmy Stewart, making the transition from silent films to talkies with classics like The Yearling, Intruder in the Dust, National Velvet and Ah, Wilderness! Brown was the favorite director of screen legend Greta Garbo. They worked together on several films, including Anna Christie, perhaps Brown’s most celebrated motion picture. Over the course of his career, Brown directed 52 feature-length films which were nominated for 38 Academy Awards and received eight.