Theatre at the University of Tennessee began at least a half century ago when the English Department formally assisted the UT Playhouse, a student dramatic group, in producing plays. Dr. Paul Soper was assigned responsibility for productions. Prior to that, groups of students and faculty had from time to time formed dramatic clubs and produced plays – the first as early as 1840.

A teacher in the English Department since 1936, Dr. Soper was appointed Theatre Director in 1939 by the English Department Head, Dr. John Hodges. In the 1940’s and 1950’s, with the assistance of Fred Fields and Russell Green, Dr. Soper laid the foundations for the present program. In 1940-41 a one-year course in theatre was introduced into the English curriculum, offering study of acting, stagecraft, play interpretation and directing. The program grew from that time on. 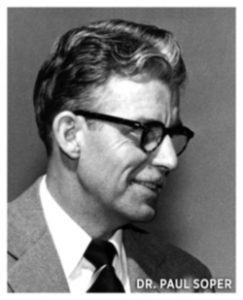 There was, however, no adequate facility on campus for the presentation of plays. The program improvised with use of performance spaces at Ayres Hall, Tyson House, the Bijou Theatre, and Tyson Junior High School. As the program began to grow, supporters urged the University administration to create a suitable permanent facility. After the successful co-production by the University and the Knoxville Junior League of The Women by Clare Booth Luce, Dr. Soper planned a series of summer plays that would continue to bring together the theatrical talent at the University with that of the community. In the summer of 1951 the University, the Junior League, and other community volunteers erected a tent and named it the Carousel Theatre because of its arena design.

The summer experiment was very successful, and it became clear that a permanent theatre could fill community and university needs. Plans were made, and in December of 1951, UT trustees approved the financing for a building designed on the basis of the Carousel tent. During the next two decades the Carousel Theatre program expanded to include thirteen productions annually. The department produced over two hundred shows and total attendance was in excess
of seventy thousand people. The Children’s Carousel, a series of plays for school children, began in 1953. The tremendous success of “Kiddie Carousel,” as it was frequently called, is credited by many with helping to create a strong theatre audience in Knoxville. 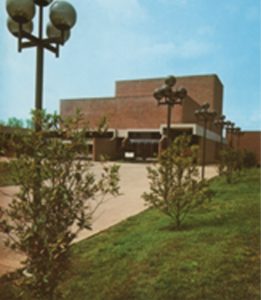 The next major impetus for the program was the building of the Clarence Brown Theatre in 1970. Again Dr. Soper was instrumental in bringing this about, through the generous support of Clarence Brown, legendary filmmaker and 1910 alumnus of the University of Tennessee. Clarence Brown was nominated for six Academy Awards as Best Director during the 1930’s. He worked with some of the brightest stars of the golden age of Hollywood, including Clark Gable, Rudolph Valentino, Katherine Hepburn, Elizabeth Taylor and Jimmy Stewart. He made the transition from silent films to talkies with such classics as The Yearling, Intruder in the Dust, National Velvet, and Ah, Wilderness! Brown was the favorite director of Greta Garbo, and they worked together on several films, including Anna Christie, perhaps Brown’s most celebrated motion picture. The Clarence Brown Theatre for the Performing Arts at the University of Tennessee, Knoxville, was formally dedicated in November of 1970. Heralded at the time as one of the finest facilities in the nation, the theatre remains a superb performance venue and is one of the showplaces of the UT Knoxville campus.

Dr. Soper stepped down as Head of the Theatre Department in 1972. Ralph Allen was appointed Head and charged by the Dean of Liberal Arts to expand the faculty and production program of the department. In 1993, Clarence Brown and his wife, Marian Spies Brown, bestowed upon the theatre program the largest single gift ever received by a program at the University of Tennessee. This magnificent bequest of $12 million provides an permanent endowment fund that ensures a high level of support for professional theatre and theatre study at U.T. 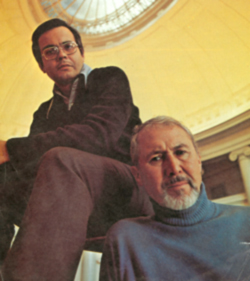 On the basis of this support from the Brown family, Ralph Allen and Sir Anthony Quayle (pictured left) founded the Clarence Brown Theatre Company, a LORT B (League of Resident Theatres) company. With grants from the National Endowment for the Arts and with Quayle as star, the company made extensive tours throughout the southeast over a number of seasons. In 1976 the company production of Rip Van Winkle, starring Quayle and directed by Joshua Logan, played at the Kennedy Center. Other company members have included: Zoe Caldwell, Dame Judith Anderson, Mary Martin, Orson Bean, June Havoc, Earl Hyman, and Eva LeGallienne. A number of plays were developed at the Clarence Brown and then moved to New York. The most successful was the New Majestic Follies, written and directed by Ralph Allen. On Broadway it became the popular review, Sugar Babies. Other productions that moved to New York included: Do You Turn Somersaults? starring Quayle and Mary Martin; and A Meeting By The River featuring Simon War, Siobhan McKenna, and Sam Jaffe.

During Allen’s tenure the faculty of the department became more specialized, established a more professional training curriculum, and laid the groundwork for a Master of Fine Arts program. In 1978 Lorayne Lester became Head of the Department of Speech and Theatre, and in the fall of 1980, the new three-year Masters program accepted 11 students for its first class. In 1985, Peter Garvie became head of the department when Lorayne Lester was promoted to Dean of the College of Arts & Sciences. In that same year, the Theatre Department was designated a “Center of Excellence” by the Tennessee Higher Education Commission.

In 1987, Thomas Cooke became Head of the Department. Dr. Cooke created an extraordinary program of exchange with international theatre artists. Under his direction the department hosted and co-sponsored numerous events, including the International Theatre Festival, several world premiere productions of plays, and a conference on actor training with participants from more than 17 countries. MFA students began the study abroad trips that continue to be a hallmark of the UT program.

In 2000, Blake Robison became Department Head and Producing Artistic Director for the Clarence Brown Theatre. Under his leadership, the Department of Theatre re-shaped the undergraduate and graduate curriculum, developed an extensive community outreach program, created a student run African-American theatre company, inaugurated the Salzburg Seminar study-abroad residency, and renovated the Carousel and Clarence Brown Theatre facilities. New international initiatives include regular study-abroad opportunities for students and the development of Babel – an international co-production of the Clarence Brown Company.

In January 2006, Calvin MacLean, longtime Artistic Director of the Illinois Shakespeare Festival and Professor at Illinois State University, was appointed the new UT Theatre Department Head and Producing Artistic Director for the Clarence Brown Theatre. This new chapter at the Clarence Brown Theatre holds the promise of great performance, thrilling design, and execptional theatre throughout a longer production year, as well as a greater variety of programming.