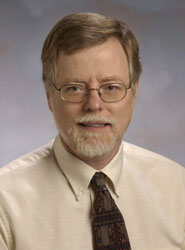 Dr. Stan Garner (Ph.D. Princeton University) teaches courses in modern and contemporary drama, introduction to drama, and theories of drama and performance.  He is the author of The Absent Voice: Narrative Comprehension in the Theater (Illinois University Press, 1989), Bodied Spaces: Phenomenology and Performance in Contemporary Drama (Cornell University Press, 1994), and Trevor Griffiths: Politics, Drama, History (1999).  With J. Ellen Gainor and Martin Puchner, he co-edited the two-volume Norton Anthology of Drama, which was published in 2009 and spans the history of world drama from the Greeks to the present.  His articles and reviews have appeared in Modern Drama, Theatre Journal, Theatre Survey, Comparative Drama, New Theatre Quarterly, Theatre Topics, Shakespeare Survey, Contemporary Theatre Review, Essays in Theatre/Études théâtrales, Journal of Dramatic Theory and Criticism, Degrés, Cycnos, The Pinter Review, Modern Language Quarterly, and Studies in Philology.   His article “Rewriting Europe: Pentecost and the Crossroads of Migration” (Essays in Theatre) was awarded the 1998 Essay in Criticism Award by the Association for Theatre and Higher Education as the best essay written in theater studies the previous year, and “Post‑Brechtian Anatomies: Weiss, Bond, and the Politics of Embodiment” was translated into Chinese and published by the Central Academy of Drama in Beijing.

Dr. Garner’s current research explores the intersections of theater and medicine in late-nineteenth and early-twentieth-century drama and is represented by such recent articles as “Artaud, Germ Theory, and the Theater of Contagion” (Theatre Journal, 2006) and “The Gas Heart: Disfigurement and the Dada Body” (Modern Drama,2007).  In 2008 he was guest editor of a special edition of Modern Drama entitled Theatre and Medicine.

An award-winning teacher, Dr. Garner has received the Liberal Arts Convocation Teaching Award, the UT National Alumni Association Outstanding Teacher Award, and the Alexander Prize, which recognized superior classroom teaching and outstanding scholarship.  At the University of Michigan he received the Class of 1923 Memorial Teaching Award.  Like his scholarly writing, his teaching explores the complex relationship between dramatic literature and live performance.  He has taught the English Department’s off-campus Drama in New York and Drama in Stratford and London courses.