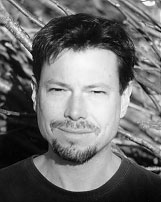 Mike has a background in studio recording and computer editing, operating a small recording studio in Knoxville. Working with this talented and diverse group of directors, actors, designers, and stage professionals has provided an appreciation of the importance of live theatre and invaluable professional and personal opportunities. He has been the Resident Sound Designer for UT’s Theatre program and the CBT professional company for over 10 years where he’s worked with national and international directors including Liviu Ciulei, Paul Barnes, Henryk Baranowsky, Franck Heinig, and Gerald Freedman. Some standout productions include Dance in Time (the American debut of Laszlo Marton’s Hungarian epic, told through movement and dance), Metamorphoses (with Joe Haj of Playmakers), and the American debut of George Tabori’s The Brecht Files. For The North Carolina Stage Co. he designed for Hedwig and the Angry Inch directed by Ron Bashford and more recently composed electric bass music for Lee Blessing’s Chesapeake as well as designing for Underneath the Lintel.