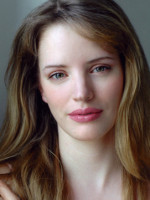 Anne is originally from Stafford, VA. At the CBT, she has played “Cobweb” in A Midsummer Night’s Dream, “The Ghost of Christmas Past” in A Christmas Carol, the “Waitress” in Hank Williams: Lost Highway, “Dawn” in Wrens and “Mary Brenham” in Our Country’s Good. Anne graduated with a B.A. in performance from Santa Fe University of Art and Design. At SFUAD her favorite roles were “Honey” in Who’s Afraid of Virginia Woolf and “Gwendolyn” in The Odd Couple. In NYC she played “Viola” in Twelfth Night at The Flea Theatre, and “Ophelia” in Queens Shakespeare’s production of Hamlet. Anne has been on film in the Bollywood production Kurbaan..