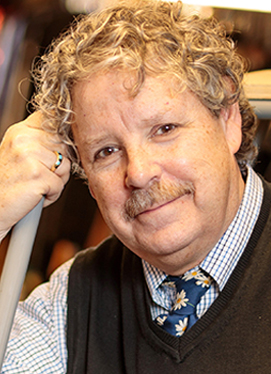 Until his retirement in 2020, Mr. Black had been designing, teaching and directing the production of costumes for the Department of Theatre and the Clarence Brown Theatre Company for more than 30 years and had participated in the production of more than 200 plays, musicals and operas.  An active professional designer, his work has been seen across the country at professional theatres such as Alabama Shakespeare Festival, Denver Center Theatre Company, Madison Repertory Theatre, Pioneer Theatre Company, Playmakers Repertory Company, Roundhouse Theatre, Skylight Opera Theatre, Tennessee Repertory Theatre, Three Rivers Shakespeare Festival, and for more than 20 seasons at the Tony Award Winning Utah Shakespearean Festival.  His costume design work has been listed among “Pittsburgh’s Best”, “Best of Season” by the Salt Lake Tribune, and he is a two time winner of the Knoxville Area Theatre Coalition award for best costume design.  In 1996 and again in 2004 he was awarded the John F. Kennedy Medallion for outstanding service to the Kennedy Center/American College Theatre Festival.  He served two terms as President of the Tennessee Theatre Association and two terms as Tennessee State Representative to the board of the Southeastern Theatre Conference.  Bill is a member of United Scenic Artists Local 829.