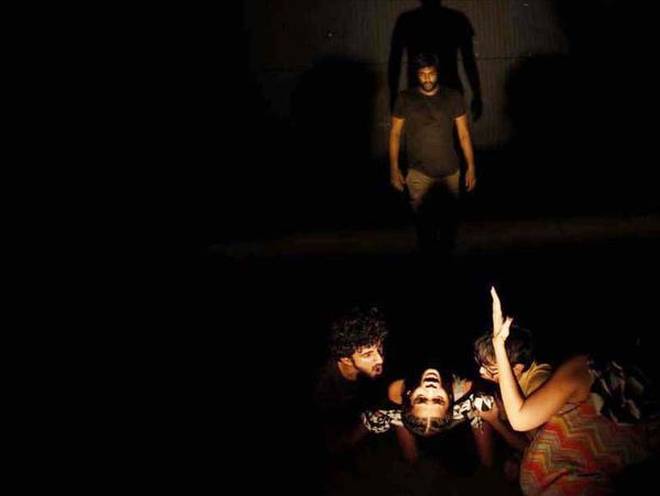 Faezeh Jalali prefers to work with themes, which are socially relevant

See Full article by Deepa Gahlot here at The Hindu

A decade ago, Faezeh Jalali was named, by a magazine, as a face to watch out for. She lives up to the prediction, and is today, among the finest directors on the stage, winning awards and appreciation for 07/07/07 and Shikhandi — both plays with strong social messages and a uniquely energetic style of presentation. Since she moved to direction and writing, she has cut down on acting. “I am always the understudy,” she says, “I haven’t been able to crack the thing about directing and acting in a play. But once it is ready and somebody can’t do it, it is easy for me to step in.”

Over the years, Jalali, like Peter Pan she played in a production, has not aged a bit, she had the lithe appearance that comes from discipline and physical exertion. She runs miles, does not drink caffeinated beverages or eat junk food; she won’t drink water from a plastic bottle, is a vehement supporter of environmental causes and her conviction shows in her work.

When she was a student, Jalali wanted to be a dentist. At an undergrad programme in the U.S., she could combine liberal arts with pre-med studies, but after a “reality check,” theatre won. She wanted to go in for graduate studies in the U.S. only if she got a full scholarship — “I couldn’t burden my dad any more” — which she did at the University of Tennessee. “It was a life-changing experience, truly magical. It was an international programme, so we were taken out of America to do theatre in other countries. I even came to Mumbai and interned with Rehaan Engineer.”