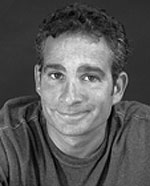 Chris was a freelance designer located in New York City for many years and a professor at Washington University in St. Louis before coming to the University of Tennessee in 2005. He has designed numerous Off-Broadway shows including the critically acclaimed End of the World Party at the 47th Street Theatre, and Always…Patsy Cline at the Variety Arts Theatre. Other Off-Broadway shows include the long running Perfect Crime, The Bench, Between Daylight and Booneville, Washington Heights, Savage in Limbo, and Independence by Lee Blessing. Chris has designed the NY premieres of Hidden in this Picture and What is this Thing, by Emmy Award winning writer/director Aaron Sorkin. He has also designed the world premiere of Heaven and the Homeboy, directed by Tony Award winning director /choreographer George Faison. Regionally, Chris has designed over 150 shows at theatres across the country. Recent designs include productions at the Tony Award winning Utah Shakespearean Festival, the Tony Award winning Children’s Theatre in Minneapolis, Arden Theatre in Philadelphia, Repertory Theatre of St. Louis, Great Lakes Theatre Festival in Cleveland, Shakespeare Festival of St. Louis, City Theatre in Pittsburgh, Virginia Stage Company, Olney Theatre Centre in DC, Coast Playhouse in Los Angeles; among many others. In 1997-1999 Chris was the recipient of the prestigious National Endowment for the Arts/Theatre Communications Group’s Young Designers’ Fellowship. Chris has been nominated in the Outstanding Scenic Design category twice for the Barrymore Awards in Philadelphia and twice for the Kevin Kline Awards in St. Louis.