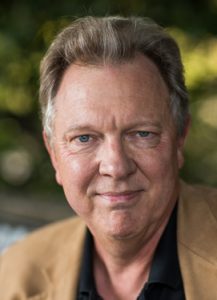 Mr. MacLean joined the faculty as Department Head and Artistic Director of the Clarence Brown Theatre Company in the summer of 2006. He has directed A Flea in Her Ear in 2007, Galileo and The Secret Rapture in 2008, A Streetcar Named Desire with Dale Dickey in 2009, Amadeus with the Knoxville Symphony Orchestra in 2010, Kiss Me, Kate in 2012, and Sweeney Todd starring Dale Dickey with the Knoxville Symphony Orchestra in 2012. Prior to his arrival at UT, Cal was Professor of Theatre and Head of Directing at Illinois State University for fifteen years. He was also Artistic Director of the Illinois Shakespeare Festival, a professional, summer classical theatre associated with Illinois State. Under his leadership, the Festival regularly brought in some of Chicago’s finest professional actors and directors, built and opened a two million dollar state of the art theatre, and increased the Festival’s audience and professional stature. With Chicago’s Famous Door Theatre Company, he directed productions that have earned numerous awards, including: Martin McDonagh’s The Lonesome West (Joseph Jefferson Award nominations for Outstanding Production of a Play, and Outstanding Direction), Anthony Clarvoe’s The Living (Joseph Jefferson Awards for Production and Direction), Manfred Karge’s Conquest of the South Pole (Jeff Citations for Production and Direction), John Godber’s Salt of the Earth (Jeff Citations for Production and Direction), and most notably, Joshua Sobol’s Ghetto, a production that ran for seven months. Critically acclaimed as one of the best productions in Chicago for 1999, Ghetto was nominated for six Joseph Jefferson Awards and honored with four including Outstanding Production of a Play and the first-ever Michael Maggio Award for Outstanding Direction of a Play. Other professional credits include Chicago’s Tony Award winning Victory Gardens Theatres, the Connecticut Repertory Theatre, the Asolo Theatre in Florida, Indiana Repertory, and the University of Illinois. Directing credits at the Illinois Shakespeare Festival include: King Lear, Romeo and Juliet,King John, Measure for Measure, Cymbeline, The Two Gentlemen of Verona, As You Like It, Tom Stoppard’s Rosencrantz and Guildenstern are Dead, John O’Keefe’s Wild Oats, and Marivaux’s The Triumph of Love. Cal was named by the Chicago Tribune in 2002 as one of the “ten most promising” theatre artists in Chicago. Married to Rebecca MacLean, they have two children, Rachael and Sam.