Miguel A. Faña just finished working on Imprisoned, starring Laurence Fishburne, Juan Pablo Raba, and Juana Acosta in Puerto Rico. The Film was written, directed, and produced by Paul Kampf, who has visited the department several times to host workshops. Last Semester Paul Kampf sent the script for the thriller, Imprisoned, for the MFA students to work individual scenes as part of the workshop. Miguel was offered a speaking role in the film and asked to be the Production Assistant for the filming.

Miguel has been in Puerto Rico since may 12th working on the film. He says, “it has been an absolutely life changing experience.” He began work as the production assistant, helping with locking up shots, walking extras to and from holding areas, and general running from department to department helping with whatever was needed. Miguel would spend anywhere from 12-16 hours working on the set, where he learned just how much time goes into making a movie. Miguel did take the time to geet to know everyone on the set, as best he could. He Enjoyed getting to know the mostly local crew and learning about their stories.

Miguel also enjoyed the day he was able to work on the film set as an actor. He enjoyed it more because he had spent time to get to know the crew. So he looked around and did not see alien cameras, boom mics, and set pieces; I saw Jesse (Camera B Operator), Manny Reyes (Boom Mic Operator), and Mayna (Production Designer). That was one of the moments that he realized just how much the crew depends on the actors to come in on time and bring something of substance in telling a story, and how much the actors depend on the crew to get the little details just right to make the shot work. It was a great opportunity for Miguel to put his MFA training to good use. 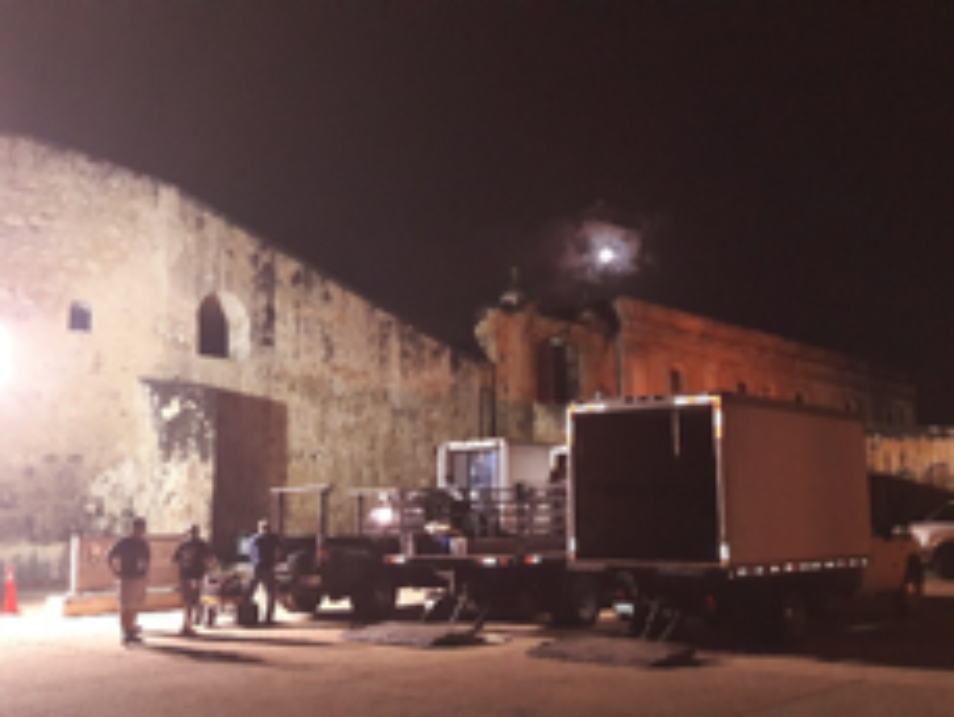